In Stock 0
Price:
$0
Add to Cart
Some of our works

Dear customer, when ordering Golden League grind, you do this at your own risk!

Thank you for your understanding.

What it is? News on the official site HERE

Where to order Ranked Battles grind

If an experienced player in World of Tanks wants to test his strength, then he goes to fight in Ranked Battles, where he can not only meet the best of the best, but also compete for valuable prizes. Very soon, the third season of this mode will begin in WoT, which will allow you to take part in new events prepared by the developers.

If a player wants to buy a Ranked Battles grinding, then he can contact us for the provision of this service. We have professional tankers who are guaranteed to cope with any task.

When placing the order, the client must choose certain parameters, depending on the desired result. Our experienced staff will immediately begin execution, guaranteed to pass the season and take a position in the league. As a bonus, the customer will receive improved statistics, a lot of valuable resources and successfully completed Ranked Battles Season.

IMPORTANT! If you want to receive  Maximum Rewards,
you need to order "Grinding all divisions with Golden League position"

The essence of ranked battles

his mode is selected in the battle selector as a separate gaming option. Ranked Battles work on a schedule. Once in the battle, the team must win battles. This requires either to kill all enemies on the map or to capture enemy base.As they participate in battles, players grind their rank up. By default, this parameter is zero, and changes as you participate in battles. If a player wins a battle and took one of the first positions in the experience earned, he will be assigned a chevron. Having accumulated a certain number of chevrons, he increases his rank. However, in the event of a loss, he risks not earning, but losing existing points, lowering the rank.Throughout the season, a general rating of players is kept, where their points are recorded. According to this parameter, leagues are composed in which the most successful tankers are then placed. The higher the league, the more valuable the rewards will be.

Features of the mode

In addition to the fact that in Ranked Battles players take part in battles and earn chevrons, this mode has a number of certain features:

As a bonus, tankers receive valuable rewards when they reach a new rank. As a rule, the list of rewards can be viewed in a separate menu, which is opened by clicking on the chevrons in the hangar.It is important to note that if a player has earned a certain rank, then lost it and returned it again, the reward will not be issued again. Various game resources are presented as rewards, for example, reserves, credits, gold, hangar slots, consumables, etc. 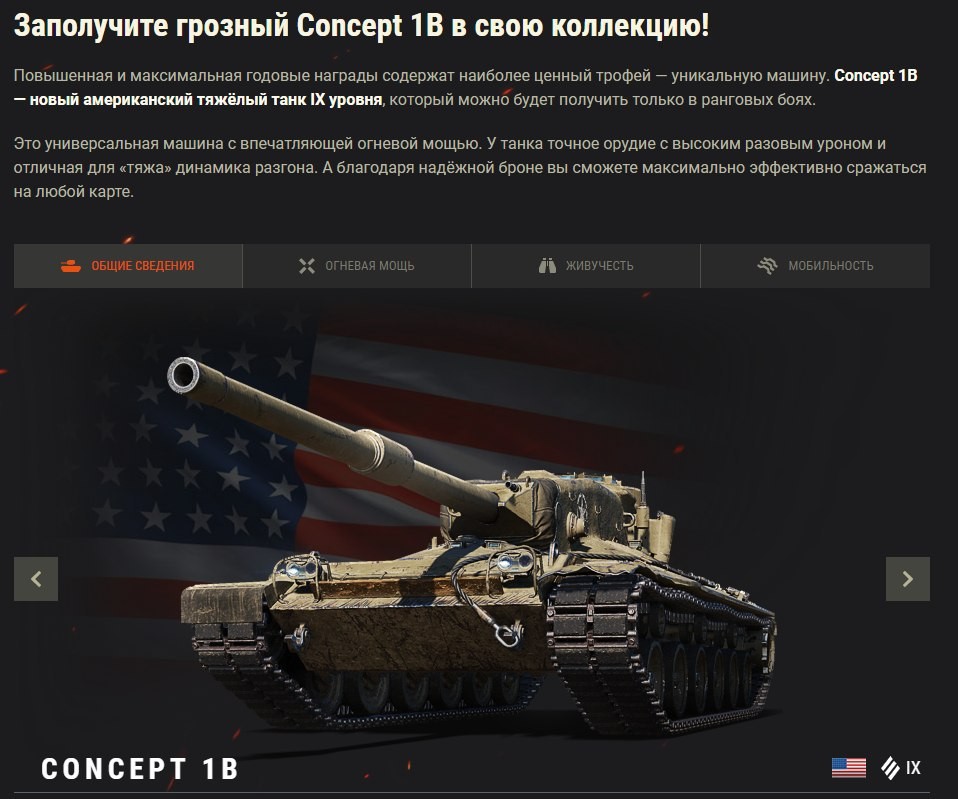 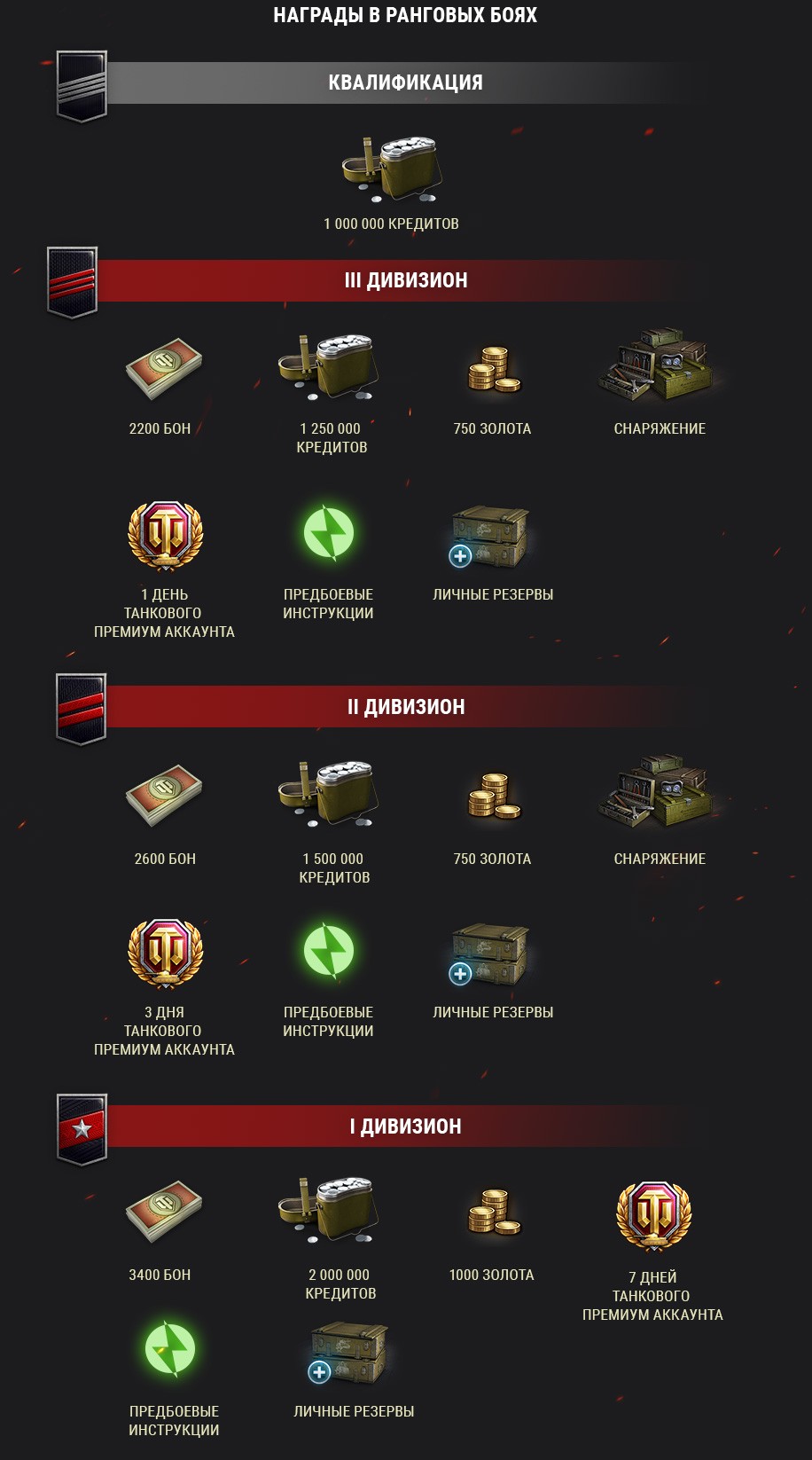